Another Flarestack pamphlet, this time from Geraldine Green and entitled (Passio). She has the backing of, or at least blurb from, the sensitive Midlands poet David Hart and of the wonderful Anne Stevenson, though she noticeably lacks the latter's tautness and musical qualities. She has absorbed the creative writing school orthodoxy that poetry's truth is all in its adequacy to experience rather than in 'fine writing' or ideological coherence, and certainly, there is the typical Flarestack emphasis on the virtues of the diffident and the sensory at the expense of a firmer intellectual grasp on experience. The looseness of construction does not appeal to me, and it is very hard to work out what principles of rhythmic organization are at work here. An example:

the rain's incessant window-tapping making a music, me space-filled, the wind
I'm listening to entering me like silk blowing

or spider's threads coming together to weave some sound from nothing,
thinking back to conversations and dreams the sweet insistence of diastole systole diastole,

the movement of breath among mountains, a Ghazal woven into a carpet.....

The rhythm here is indeed subtle. Or rather she is not thinking in terms of the musical/rhythmic phrase, and is simply trying to get some images together and hoping that the verisification, with enough present participles, will just carry it along? Has Ms. Green really ever seen silk blowing? And why ruin the only memorably expressed phrase in the poem (the movement of breath among mountains) with the silly Ghazal image? Inevitably the poet-figure is 'space-filled' - as soon as I read this phrase, I bet that by the end of the poem, the poor things would have been overcome or overwhelmed with the moment, and lo and behold, a few lines later: 'it is almost a litany of outside coming in.....allowing the universe to enter'. In this early morning prayer, the poet figure asks that 'she may never know certainites'. It's nice to know prayers are answered.
Posted by Lucretius at 07:29 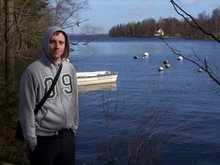 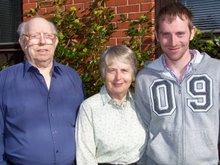